What it takes to craft the CEOs of tomorrow 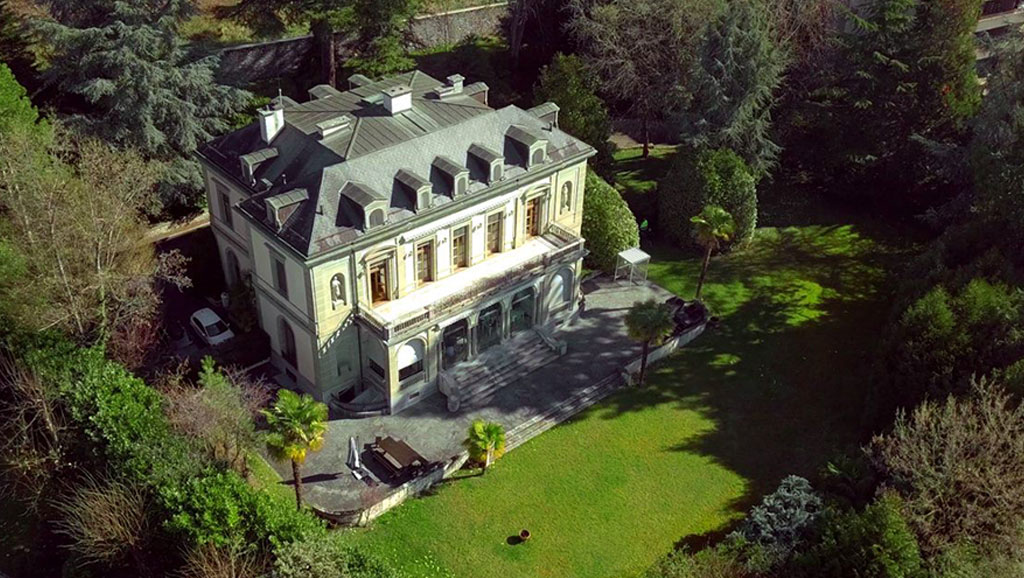 14 Oct What it takes to craft the CEOs of tomorrow

‘A career is a marathon of experiences, not a sprint to the top,’ as you said in your book, Before I Was CEO, that shares key insights and life lessons drawn from conversations with prominent CEOs. To start this interview, can you point us to some of the key learning points from your book, that would apply to Switzerland? What are the biggest myths or clichés that needs to be debunked?

Switzerland has a lot of companies that have a long history, more than anywhere else in the world. As example, I used to work at ‘Handelszeitung’, a Swiss newspaper which had a club of companies called ‘Suite 150’. To belong to that club, as the name suggests, companies needed to be at least 150 years old. I thought they would only have 5 companies in the club, but in fact there were more than 100 in Switzerland! That is quite uniquely Swiss, the longevity of companies here.

Looking at this cliché of a career being more a marathon than a sprint, the chairman of Nestlé, Paul Bulcke, pointed out to me that in his experience, those who are ahead in the early years of their careers, are not always those that make it to the CEO spot at the end of their career. It is when you find challenges and happiness in each of the steps of your career, that you will be successful in the long run. And I think that is something uniquely Swiss: a lot of companies and people in Switzerland understand that and have this more long-term perspective of success.

In your opinion and based on all these exchanges you have had, what does it take to be a good CEO?

I often had this conversation of ‘work-life balance’ with the global leaders that I met with. An old school perspective of leadership is that you have to be the first one in the office and the last one to leave. If we look at people who are successful, I have no question that they work very hard. In my experience the best kind of leaders are people who actually do have a life outside of the office, and who are the same person at work and at home, with the same values. They do not necessarily separate one from the other and there is not necessarily a balance to be found between one and the other, but rather the understanding that you are one person. You cannot separate your work from your private life and vice-versa – both of them are integrated, and so it is important to have a balance but as a person.

A quality that a good CEO needs to have, in my opinion, is emotional balance. For example, I had a conversation with a top executive who was working his way to the top, working closely to the CEO of the company. On the same day that person had to meet with his CEO, she had an appointment with the kindergarten teacher. She had to choose between a meeting with the CEO and a meeting with the kindergarten teacher. After much hesitation she chose for the kindergarten teacher, which was difficult to explain to the CEO, but the fact that this person was transparent about it only created a stronger bond with the CEO. Another similar instance, I also spoke to somebody who had decided to leave an executive meeting to attend a play his child was involved in. This was a very difficult decision because you are in a leadership position and leaving your own business meeting which is not a proper thing to do, but the person announced that, stood up in that meeting and said ‘I’m very sorry but there’s a very important personal event that I feel I need to attend’. Some people were annoyed by that, while some other people appreciated that.

A lot of leaders now have that emotional intelligence to understand that a person is more than a professional being. The COVID-19 crisis has certainly been a reminder for many people that emotional intelligence and emotional leadership is increasingly important. More and more people understand that there is a balance to be found, in the way that you are one person, with both personal and professional duties to attend to. In summary if we take these two lessons together – on the one hand, a career being more a marathon than a sprint, and on the other hand that’s more about personal/professional performance and working hard – the image of the leader that you get is of somebody who appreciates time and takes their time, and understand that every person has at least two identities. That kind of a leader is a modern leader.

Now, does Switzerland cater more for this type of business leaders? In Switzerland you have lots of companies that have been successful throughout the ages, for more than 100 years or for six or seven generations. You cannot be successful over so many generations without having these attributes. That is a quality that you find here often. And that you find at schools like EU Business School, that have that notion that a carrier is not on the numbers but it’s also presence.

What should business schools teach nowadays? What is missing from their current curricula, and what should be the specific values or talents that they should insist on building?

Looking at the typical case study methods of business school, that means they would need to consider cases that are more complex, or not solely focused on numbers but also on human factors, look at stakeholders and more complex set of case studies. In addition, they should also go by more fundamental values. At the end of the day or manager or business leader is also simply a human being, and hopefully an exemplary human being, somebody leading by their human values and ethics. Ethics I think is also a core that is really crucial to a curriculum – whether it is named like that or otherwise, whether it comes from a teacher approach or from a written curriculum. That is an element that is going to become more and more important going forward for business schools.

How would you evaluate the Swiss model of education? Do you think Swiss business school are sufficiently switched on to the economic reality, and today’s issues?

In the case of a business school like EU Business School, there is a good balance between the traditional values of education, the experience of being physically in a certain place, and a very modern approach, adapting quickly to new technologies such as the online learning in particular. Swiss schools and those at the leading end are showing that you can be best at both. You do not need to make a choice between a traditional approach and embracing change and innovation.

EU Business School excels both in the traditional education offering, that happens in class, in small groups between the four walls of an education institution, but it also embraces innovation and technology, notably through online learning. Hybrid learning – where you do not replace traditional learning experience, but you certainly do complement it with a strong online curriculum – is of critical importance. When you come in a school like EU, you are in a world-class cluster like Geneva, and you learn by being in that environment, side by side with your peers in small groups. At the same time the school embraces new technologies, not simply replicating what happens in the classroom but rather maximizing new technologies. For example, they have created this platform ‘Learning from leaders’ which is inviting the top CEOs, top chairman and business leaders to share their experiences in a virtual classroom. All the students in the school can learn from these leaders in a way that they would not be able to in a small classroom.

This is where the future lies and where the strength of Swiss business schools or EU Business Schools lays: a hybrid format embracing both top class physical learning and online learning. This combined with the understanding that success does not only derive from numbers, and with the perspective that people are more than only professional beings, and that companies are more than about shareholders, makes business school well switched to the new realities of today.

How would you evaluate the impact of the COVID-19 pandemic on education, and what is the way forward after this crisis?

Learning is one of the most important things that you can do in your life and on with your success and well-being and many other things depend. The COVID-19 pandemic has impacted many learning institutions, and those depending on physical learning only were not able to bring that added value to their students, bringing a dramatic impact for students who could not learn. Institutions including EU Business Schools, that were prepared and ready in terms of their online education offering, managed to limit the impact on students. It is very fortunate that this possibility existed for these schools, universities and business schools.

The impact of the pandemic has been very big but has been very unequal, with some students able to continue the learning process while some others could not. This has been a big wake up call for school’s directors and administrators, showing that schools need to have this resilience in their offering through online learning. Those that were prepared and made the necessary changes very quickly were obviously well prepared. Some education institutions will come out stronger, more successful and better off, while some others won’t and some others that were not able to adapt during this crisis will even disappear. It will turn out to be a very big impact in the long term and short term.

How would you like to conclude this interview? What would be your final message?

I moved to Switzerland about a year ago and never regretted it, not even for one minute. That is the conclusion that I have, even more so after this crisis. Switzerland, even if it is known for traditions, including at its companies and universities, is actually a very resilient kind of place. A crisis like that we have now only makes clearer how valuable that is. The appeal of places like Switzerland and Geneva only becomes bigger in times of crisis because this is a country and an economy that is so much more resilient than elsewhere. That is a very positive conclusion for Switzerland and for those who want to come to Switzerland: it is a place that is extremely attractive and even more attractive in these difficult times.