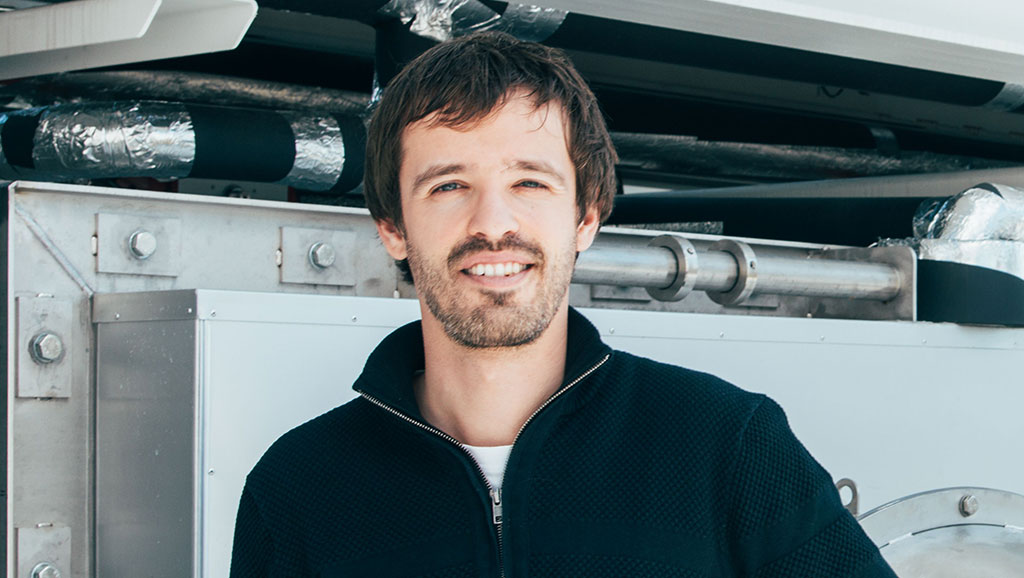 Jan Wurzbacher, Co-Founder and Co-CEO, Climeworks, introduces a company that is scaling up to capture 1 percent of global carbon dioxide emissions, giving us all the opportunity to be climate positive

Climeworks started in 2009 with a clear mission: to reverse climate change. 10 years later, Climeworks has developed into a world leader at removing carbon dioxide (CO2) from the air, providing a solution that empowers everyone to be climate positive. To start, can you introduce our readers to Climeworks: how did it successfully transform from concept to product to the real and impactful company that it is today?

To make a long story short, we started back in 2009 with the idea of capturing CO2 from the air—it was just the two of us, in a spin off from the public research university ETH Zürich. Our motivation came from an idea of one of our professors, who wanted to make fuels from air—so it was about turning CO2 into fuels. That’s still something we are doing but, in the meantime, we have transformed quite substantially. First, we transformed the form of the company: from the two founders we have grown into a team of almost 120 people in two countries, Switzerland and Germany. The vast majority are in Switzerland but we also have operations in Iceland and have built several plants all over Europe.

Climeworks’ purpose is to empower people to reverse climate change. We are the first company worldwide that is really enabling everyone to do what science tells us we need to do in order to eliminate global warming, which is to actively remove CO2 from the atmosphere and safely store it. We offer that as a service. At the back end, Climeworks is building machines that capture CO2 from the air. We are partnering with others such as Reykjavik Energy and, more specifically, with their subsidiary Carbfix. We are developing this methodology for safely storing CO2 together with them—that’s what we are fully focusing on. Now we are scaling up our operations in Iceland and building more plants that are taking CO2 out of the air and storing it, and we are offering that service to our corporate customers.

Companies with climate goals that realize that the traditional offsetting market is not enough to meet their targets are looking for real solutions like ours, ones that are actively taking CO2 out of the air and permanently removing it. There’s a lot of trading of emission rights at the moment but that’s not carbon negative. What we are offering corporate customers is a measurable and safe solution to be carbon negative.

For private individuals, we offer subscriptions that can be found on our website. Subscriptions enable any individual to remove CO2 from the air in their name, which can be used to neutralize parts of their carbon footprint. Our vision is to inspire one billion people to remove CO2 from the air. There’s been so much climate debate around the world and so many climate change conferences—slowly, things are moving at the political level but its not fast enough. We believe that it’s really important to get everyone on board with this issue and enable people to take action. We really try to offer something for everyone to help, which in turn helps us scale up what we are doing.

How does your subscription service work and what has been the market’s reaction to it so far?

Anyone can go to our web page and purchase a subscription for a certain amount of CO2 removal. The subscription fee is used to finance the construction and operation of our plants. Currently, our plants are in Iceland but we are also looking to expand to other sites over the next few years. For any company or individual that has purchased 100 kilograms of CO2 removal, for instance, there will be a measurement to ensure this amount was removed on their behalf. We are currently in a certification process that involves third-party verification, which is obviously very important. This is quite a complex process but its something we expect to have up and running next year.

We only started this system last year, although we had been considering it for a long time, and at the moment it is just a prototype. We haven’t marketed it yet but have launched it generically. It has been adopted quite well and we have a four-digit number of subscriptions already. We have developed a large community and now we are working on building that up. We have normal subscription models starting from $8 a month, as well as customized subscriptions, and have received very good feedback so far. Some people come to us, explaining that they made a lot of money in their life and now they want to contribute. Some are paying $2,000 per month to try and reverse their lifetime emissions.

Getting such positive feedback is really encouraging. Not everyone can afford to do something today but there are also a lot of people out there who want to do something and are taking positive, constructive action. There’s a lot of things we could do better and more sustainably but humans need to work, travel, have fun and we should look at it in a positive way—not necessarily only looking at what we should stop doing but at what we can start doing to help. That’s what we are offering.

From a marketing standpoint, what is your strategy for generating more visibility for your revolutionary services?

First of all, we’re just building up a team. Our challenge now is that not many people know that this service exists. We’re trying to talk to the media and bring more visibility to our venture. We are aiming to involve some celebrities or people with a climate agenda who might be willing to promote Climeworks. On a more technical side, we are building up our digital business. There are a lot of things we can do to shape our product and work on the design. We are only at the beginning of the process and there is much more we can do. At the moment, we are also building our next plant in Iceland. Within the next six months we will make this visible to our subscribers and to the general public to inform them about how we are progressing.

The educational aspect is important and this is something we are working on. Many people are interested—they are happy to know there’s a solution to remove CO2 but, for example, they want to know how it really works, what happens when they buy a subscription, what their money is actually spent on. That’s what we are working on now: we’re setting up a team to provide that content, prepare reports and so on. We expect to have content ready by the end of this year and there will be several updates. We have rebranded this year: our communication is now much more targeted to the general public and several more steps will follow this.

Climeworks has assigned itself an ambitious objective: to remove up to 1 percent of CO2 emissions from the atmosphere by 2025. Some argue that it’s easier and cheaper to just develop renewable energy. Why did you fix this as your goal?

This 1 percent target is both a small and big number. According to the Intergovernmental Panel on Climate Change, and to science, we need to remove about 10 billion tons of CO2 from the air per year by the middle of the century, which is about 20-30 percent of global emissions. It won’t be solved by a single company, it will be solved by an industry with several players with several solutions—solutions like ours and also biological solutions. We need both because there are just not enough areas to plant so many trees.

Switzerland is known as the world’s most innovative economy. To what extent can the Swiss leverage their innovation capacities to take a global lead in the climate and sustainability debates?

Switzerland was a really good ecosystem for us to start and grow the company in the early phase. Switzerland is also a very innovative country, with excellent universities that make it easy to acquire talent. There are a lot of initiatives to support startups and it is also a good place to gain funds. In the case of Climeworks, acquiring funding will be the next priority, in order to further scale up and build our next plants. These cannot be built on self-financing from the beginning because it’s really a story about scaling up.

In 2018, Climeworks raised $30.8 million to commercialize its CO2 removal technology. This year it raised $75 million but more financing will be required in the future. More importantly, we will require new policies that support our business and drive our customers. Many companies say they want to do something to have a carbon-negative agenda but then there are questions around the legal boundaries and what different states and countries say. There’s a lot of uncertainty. We need more clarity, like a price on CO2, for example—that would help us to convince funders. If there was a clear price for CO2 of $200 per ton, for instance, even if it’s only in 2030, this would give us much more certainty to convince our investors to cover the time until then. That’s what is required and I think that’s a call-to-action to all countries.

Switzerland is among the first countries to have a carbon-negative goal. It has a net-zero goal, which means that it needs to record negative emissions. With our technical equipment we can achieve that and that’s a very good starting point.

Do you have a final message for our readers?

Climate change is a big challenge. We need to do a lot of things to tackle it and we need to do things more sustainably in the future. But we really can do something about it—we shouldn’t only think in terms of what we should stop doing but also in terms of what we should start doing. There is not one silver bullet but there are many solutions and we at Climeworks are moving forward with ours. Our call is simple: please come along and support us because your support is important, not only to build our next plants but also to motivate other investors and trigger other countries to follow on to really help scale our project up as quickly as is needed. Your support is really important for triggering a cascade effect.